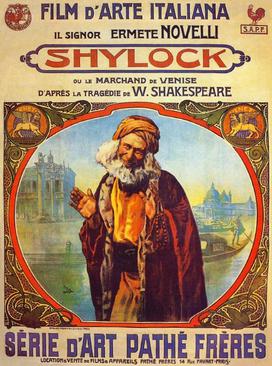 The Consumer Financial Protection Bureau (CFPB) has unveiled new rules for payday lenders. Payday lenders are the lenders that everyone loves to hate, modern Shylocks. It is doubtful that anyone grows up thinking “I want to grow up be a payday lender.”

Dave Ramsey, who provides generally excellent financial advice, has a page advising “Don’t do it.” While that is good advice, it is not an option for everyone all the time. His advice not to borrow on credit cards is good advice too.

Payday lenders make loans to people for small dollar amounts for short periods. Indeed, they get their name from a common practice of making a loan to people until their next payday.

Interest rates are quite high compared to say, a car loan. Interest rates on new car loans are in the neighborhood of 1.5 to 3.0 percent and payday lending rates range from 150 to over 500 percent per year. Payday loans are for small sums for short periods of time with a lump-sum payment in a couple of weeks.

If the loan is not rolled over, the annual interest rate is misleading. A two-percent interest rate for a week compounded for a year is 180 percent. If a $300 loan is taken out for a week at two percent, that is $6. That is hardly an appalling amount.

Studies have found that payday lending often is the cheapest source of short-term credit available to people in short-term financial difficulties. They are not stupid; they have an emergency or have fallen on hard times.

The reason for some people’s concern is the failure of some people to pay off the loan, instead borrowing the $306 for another week, and so on until, at the end of year, they owe $840 for the $300. Not a good outcome for sure.

Restricting the availability of these loans means that some people will no longer have this source of credit available. They are worse off as they see it. They have to rely on more expensive sources, miss payments on debts they owe or adjust some other way.

It is of course possible to think that the government and some of its experts know better than low-income people with bad credit. I think that is just arrogance speaking.

If restricting credit is a bad answer, what is a better way to help low-income people with bad credit and financial difficulties?

A better answer is to make more credit available to low-income people with bad credit. This will drive down the interest rates.

More personalized lending can get around some of the difficulties of loans reflected in payday loans. I don’t know how successful it has been, but the Church of England has the right idea. In 2014, they proposed making credit available through churches. (I learned about this in the excellent book For God and Profit: How Banking and Finance Can Serve the Common Good

)
Credit unions in the United States used to make short-term loans to members in small-dollar amounts. I know; I got one while in my twenties after a car accident.

The more rules and restrictions are put in place, the more difficult it is for institutions to make loans such as payday loans. The simple economics indicate that increasing the supply of such loans is a solution, not restricting supply.

This site uses Akismet to reduce spam. Learn how your comment data is processed.